Contact one of our Certified Experts for a Free Consultation Session

This is page two, where we cover the following sections: 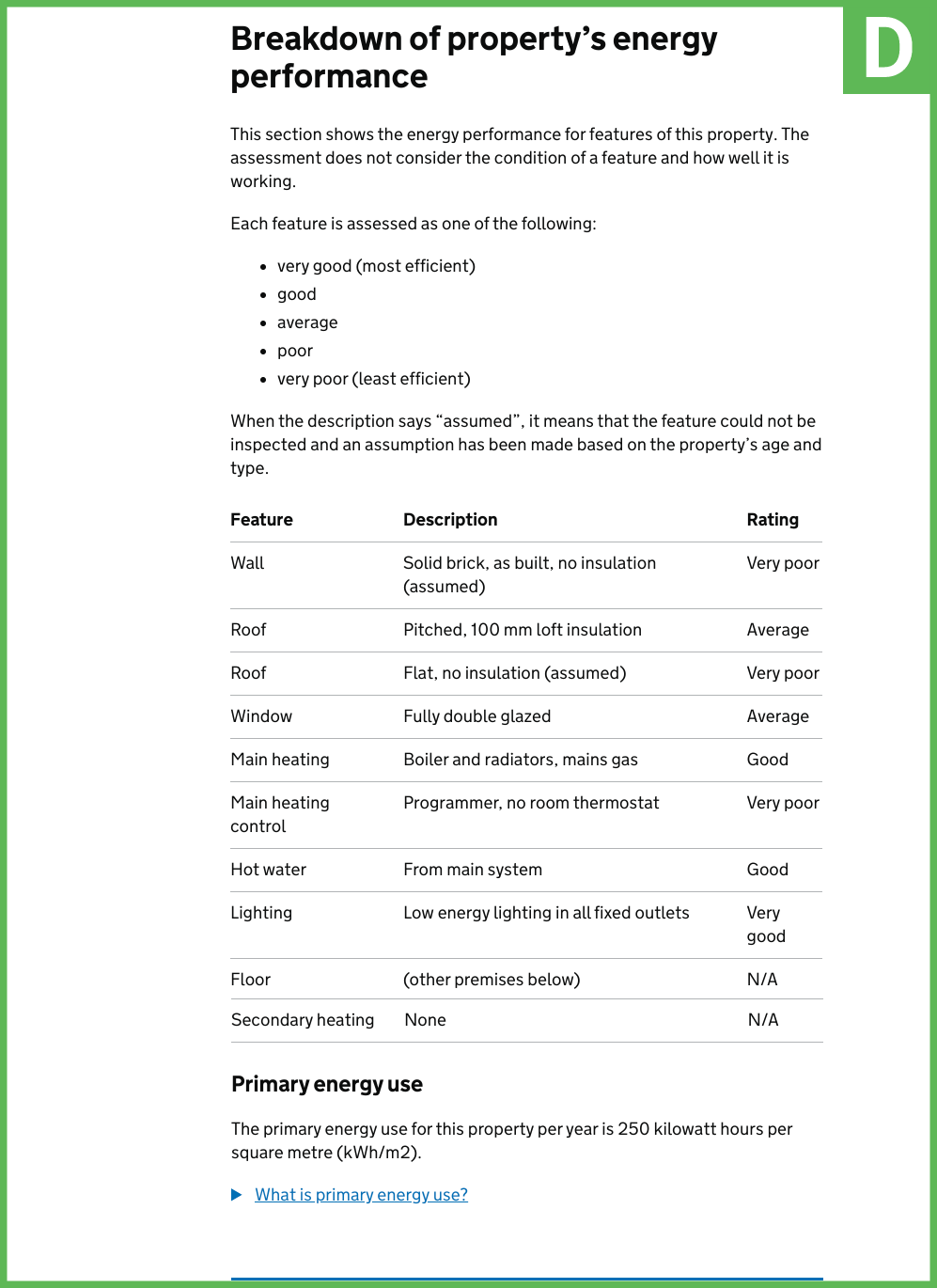 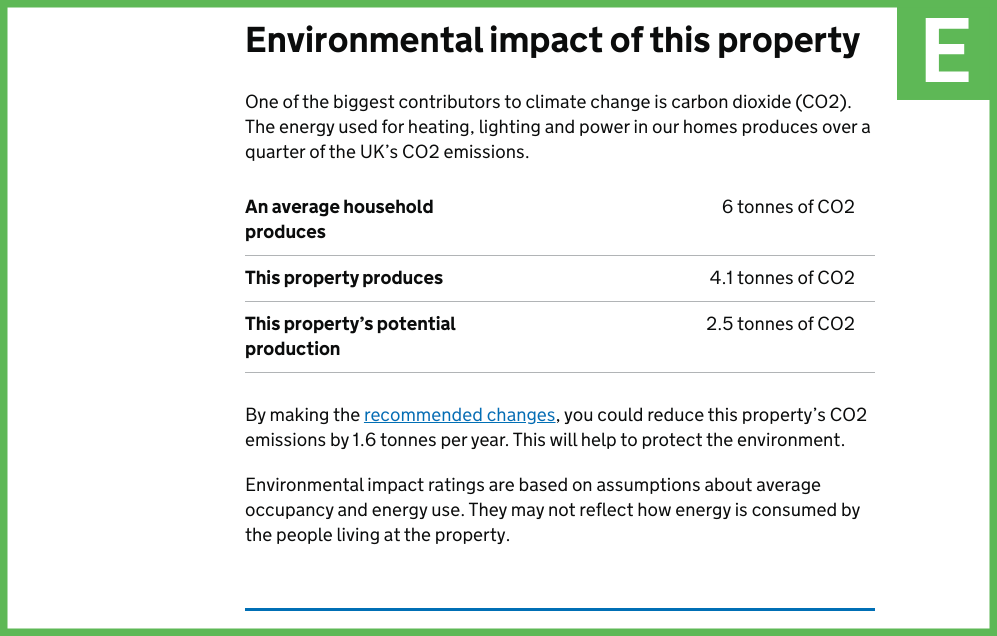 This section lists the various features of the building that are inspected during the EPC survey, such as heating, lighting, and the construction of the building. It describes the feature and also gives it a rating on a scale of ‘Very Poor’ to 'Very Good'. It is important to note that this rating is not decided by the assessor, but rather is allocated by the software and is dependent on the characteristics of the feature.

Description Describes the feature in question. It is worth noting that when producing the report the assessor selects the details of each element from a list on the government approved software that produces the report. As this list is necessarily finite some more unusual construction techniques may not be listed. In these cases the listed element that has the closest thermal performance to the actual element will be selected. If you are unsure about anything listed here, or elsewhere on the EPC, please do not hesitate to get in touch for clarification.

In this section the table some features may be followed by ‘(assumed)’. For example a roof may be described as ‘flat, no insulation (assumed)’. As with the rating, these assumptions have not been made by the assessor, but by the software, which makes assumptions based on the construction date of the feature. For example in the case of a flat roof, generally an assessor won't be able to see inside to evidence the insulation, so instead would enter into the software that the roof insulation is ‘as built’ . If this part of the building had been dated as being constructed prior to 1966 then the software would assume that no insulation was present, if it was newer than this then it would assume a level of insulation that would meet the building regulations in place at the date of construction.

Rating: This is the rating of the feature on a scale of ‘Very Poor’ to 'Very Good’, and is based on the description. This is not subject to the assessors judgement, but instead a predetermined value set by the EPC software.

Primary energy use: As well as the feature rating table, an estimate of the primary energy use is provided. This is an estimate of the energy needed for lighting, heating and hot water in the property for a year (per m2), it takes into account power station efficiency, energy used to produce and deliver the fuel, and the efficiency of the property’s heating system as well as the properties shape and construction materials and techniques.

A comparison between the amount of carbon dioxide produced annually by heating, lighting, ventilating and providing hot water for this property vs the UK average for domestic properties.

This section also provides information about how much these carbon dioxide emissions could be reduced by if the recommendations provided later in Section F are implemented.

Certified by the following organisations